Cadwell park is the 8th race on the calendar for the British Superbikes, the track is located in Lincolnshire, England and the race is normally held on the Monday of the bank holiday at the end of August. Find here more info about Cadwell Park circuit

The track was built in 1934, it has 7 lefthand corners and 11 righthand corners. When the track was first built the owner’s sons used to use it for their own personal bikes to race each other. The layout has had different modifications over the years, the most recent being in 1962.
The track has many different types of corners as well as dips and crests. There is even a section where the bikes literally fly up, off the track by several feet, and it is called the mini Nurburgring due to its challenging corners!
The British Superbikes is the biggest event to be held at the track with many other smaller events held throughout the year. It is considered to be too small a track to facilitate Supercars, but some events with smaller, less powerful cars are held there.

How to get there

The best option is of definitely to go by bike! With better access, better parking that is closer to the main access points, and of course being part of the atmosphere, feeling more involved in the races with so many bikes.

Apart from going by bike, the best alternative option is to go by car. There isn’t regular buses going to the track, and I don’t know if there are special services on the days the races are held (I wouldn’t say so), and the track is relatively rural.
You have to head South for the A153 if you come to Cadwell from Louth, or North if you are coming from Horncastle. In both these towns you will find supermarkets and cash machines. A bit further west of the track is the big town of Lincoln.
If coming internationally, the nearest airport is 26 miles away in Humberside although it’s quite small and there aren’t many flights. East Midlands is just 74 miles away and would be a better option. You Can also fly to London and pick up a hire car there. Flying into London is generally cheaper! 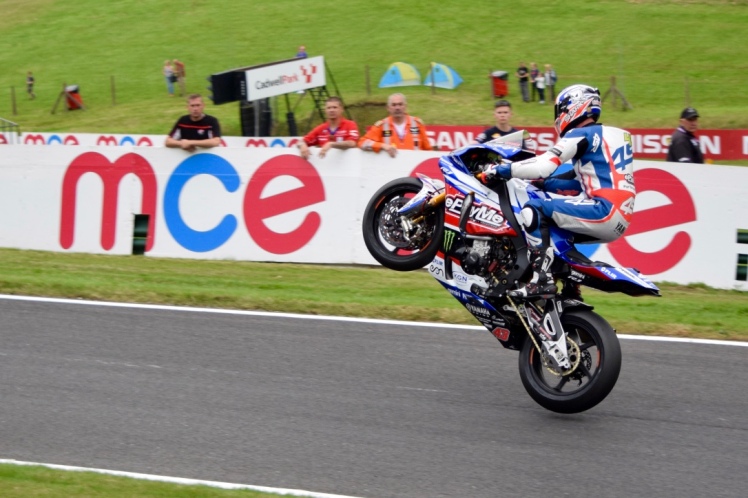 There are two campsites right beside the track, a quiet campsite and the main track campsite that is far rowdier! They both open at midday the day before the event and close at midday the day the day after the event, the price is approximately £30 and all the tickets for camping are usually sold out before the race, so booking in advance is a must. There are toilet and shower facilities but no electric available. You can find different food stalls and burger vans around the track with different types of food and drink available.
Alternatively if you are looking for somewhere quieter to set up camp, The Three Horses campsite, is a nice little local pub 3 miles from the track with a big piece of land for tents and caravans with the added bonus of it being a pub serving nice food and good drinks! They also opened to serve breakfast on race days. This is what we chose to do as Pata had an injury at the time so we needed a quieter option. The owners of the pub were lovely and very helpful. It cost £15 per day with an electricity hookup. They had good clean hot showers, and toilets. You can also hire a yurt although that is quite pricey and gets booked up far in
advance! 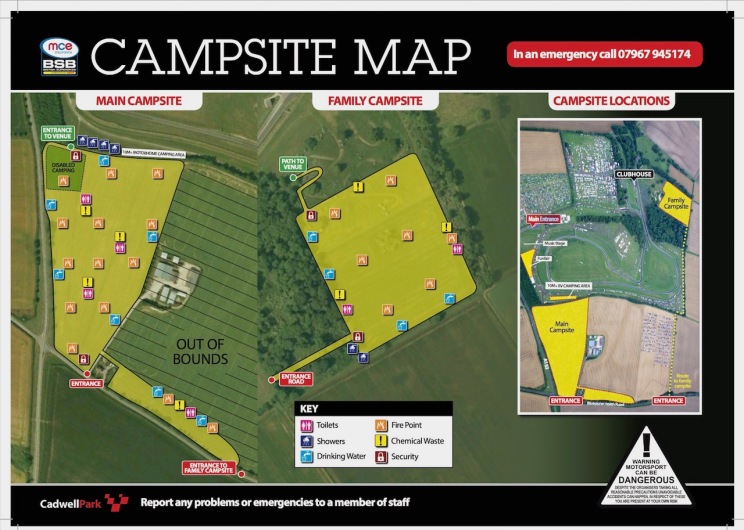 The track is quite small therefore there isn’t many grand stands where you can watch the race. You need at least a general admission ticket that allows you to access and go everywhere except for the 4 grand stands, it costs £35 for general admission for the whole weekend, and then you can choose the day you want to see the race and from which grandstand; Prices vary from £5 to £20.

Without a doubt the best grand stands are the Mountain Crest and Top. They are located at the very first line of a massive jump for the big bikes, that really takes your breath away!
Our other experience was Charlie’s exit, here was also very cool as you can see a big chunk of the track but it’s not as exciting as mountain Crest and Top!
Other than that, it’s worth mentioning the chicane before mountain crest, the other side of the big jump if you are going to stick with general admission, although this last one is a bit far away from everything else! 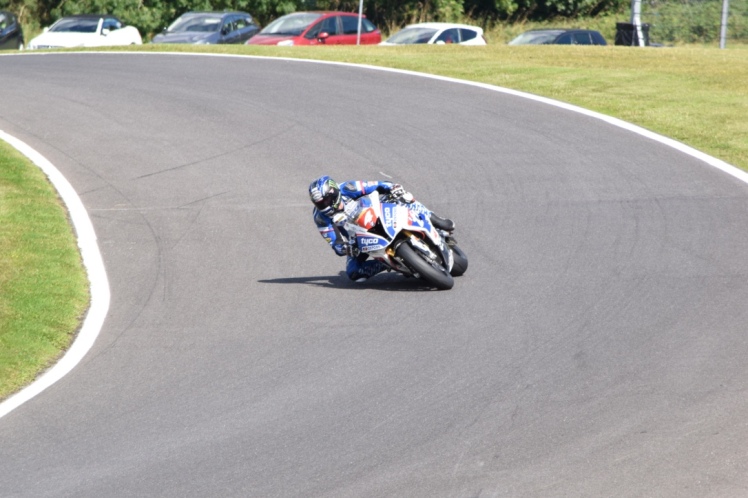 As usual with these events food and drink is expensive when bought onsite. We took picnics with us each day as did a majority of the other people there. Taking your own food and drink in isn’t a problem, at some points it felt like the stand was having a picnic!

Even on a nice hot sunny day it was quite breezy and we both got cold- so do take layers! The weather seemed to be very changeable so pack for all eventualities!

Don’t forget to have a walk up to the paddocks above the track, you can wander around and see the bikes being prepared/fixed up, and lots of the racers are hanging about up there. Its an interesting place to take in.

Also don’t buy the first bit of merchandise you see; theres a good selection of stalls, and theres a big tent that does previous season gear at fantastic prices in the main merchandising area. We got some great bargains in there!

Monster is a sponsor so go get your free can of energy drink from the stand in the merchandising area!

Finally- take note of where you parked! Its a VERY big field by the time its filled up, you could be there all night trying to find your car!